Tales Of A Third Grade Nothing 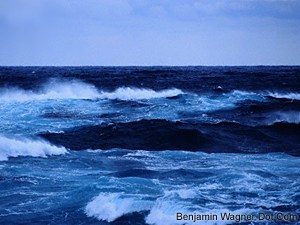 It must have been sometime around third grade.

My family — Mom, Dad, Chris and I — were in Carmel, California, the small, sea-side town on the Monterey Peninsula known for its famous residents: Clint Eastwood, Ansel Adams, Pebble Beach.

We were on one of the few family vacations I can remember, this one as far afield from Chicago, Illinois as my seven-year-old mind could fathom. It was an era and we were at an age when that sort of travel was still special. I remember shopping for new clothes at JC Penney. I picked a slick, silver windbreaker, the kind, I imagined, Fonzie would wear were he to leave Milwaukee for Southern California.

Unlike our experience with the Atlantic Ocean, the Pacific, was rough and unforgiving. Chris and I insisted on playing in the waves on City Beach nonetheless. And while Chris — who, to this day remains impervious to cold or fatigue — frolicked in the surf, my sixty-pound body was tossed and turned like a rag doll. I was launched headfirst into the sand repeatedly, swallowing gallons of ocean water in the process.

I limped up the beach in tears, torn, tattered, tired, and complaining of a stomach ache. My father took me to town.

Coca Cola was liquid gold in our house, making occasional appearances as a special treat alongside pizza. I know this must be serious.

He bought me a small from a concession stand. The cup was waxy and damp from condensation. I walked along the tree-lined streets holding his hand and sipping my Coke through a red and white striped straw. He took me to a cute little bookstore, where he bought me “Tales Of A Fourth Grade Nothing” (which launched a lifelong love of Judy Blume books and, ergo, adolescent drama). By the time we got back to my mother and brother, I was warm and dry, and my stomach ache was gone.

I woke with a stomach ache again this morning, this time inspired by the combination of an gallons of Harp Lager and White Russians, not the briny Pacific. My first thought was remedy the upset with a Coca-Cola. My second was of that last, great, idyllic family trip so many years ago.

Sure enough, as I type this now, the bottle is empty, and my stomach is settled again.