The Future Is Ours 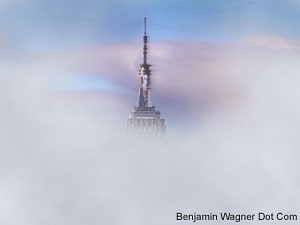 I ran for an hour and twenty-four minutes this morning listening to the same two songs over and over and over.

Taken together, REM’s “Living Well Is The Best Revenge” and “Man Sized Wreath” clock in at 5:44. Which means that in my ten and a half mile run south along the Hudson, east across Canal, then north along the East River, I listened to these two songs 14.65 times.

It wasn’t intentional; my iPod hadn’t synched my entire playlist (comprised of some twenty songs from the band’s entire catalogue). I didn’t discover said malfunction, of course, until somewhere around 42d Street. Too late.

If I’m going to get stuck with two songs on repeat for an hour and a half run, though, these two tracks from the band’s new “Accelerate” might be pretty decent choices. They’re urgent, uptempo, aggressive tunes built from the stuff of all great rock songs: thunderous backbeats, blaring guitars, propulsive bass, and a singer who’s just a little over the top.

Michael Stipe sounds like a pissed off couch potato. He’s had it with the thousand channel universe (“pageantry of empty gestures”), cable news punditry (“let’s hear that argument again on camera three, go now!”), and a culture of apathy (“everybody looking like they just don’t care”) and celebrity obsession (“all your sad and lost apostles”).

I share Michael’s politics, though not his anger. Not this morning, anyway.

By the time I hit Chinatown, my soundtrack had become something of a drone. Grand Street was bustling. I jogged in the street; the sidewalk was too crowded with morning shoppers. I dodged delivery vans and cabs, sidestepping hand trucks and palettes. The air smelled like ice and fish and cold soil.

From a narrow pathway between the FDR and a ConEd pumping station, the East River widens significantly above 14th Street. At Turtle Bay, the entire East Side — Midtown, the United Nations, the 59th Street Bridge — opens up in before you. This morning, a low layer of clouds was obscuring most of it.

There, across the wide, diamond-strewn river, only the great art deco spire of The Empire State Building broke through the whispy fog. It really was something to behold, that great tower piercing the sky. For a moment, I could imagine a dirigible the size of a city block moored there. For a moment, I could imagine the city in 1931: flush with ambition, opportunity, and hope.

Just then, Michael sang, “The future is ours!” And I accelerated towards home.