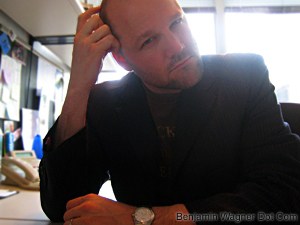 I have a small contingency of friends, colleagues and family members who question my rabid over-involvement. The MTV, the blogs, the documentary, the records and shows, marathons and triathlons.

What gives? they ask. Isn’t any one of those things enough? What’s wrong with you?

I was reminded the other night that there are stages to recovery. I suppose there are at least twelve, but let’s call it three: addiction, abstinence, and serenity.

Addiction is obvious: Compulsive physiological and psychological need for a habit-forming substance. And, for me, it’s history. It’s been nearly ten years since I got high.

Abstinence (act or practice of refraining from indulging an appetite) is understandable enough too, though there’s more too it in recovery circle. It involves assessment, that is, determining just what was lost in those lost years: friends, productivity, health.

Serenity is when one’s made peace with both the addiction, and its ramifications.

So it occurred to me that maybe I’m still somewhere between the two. I still kick myself for wasting so many years, well, wasted. True: I held down a job. Heck, I even released records, played shows, and ran some races. But I didn’t do any of it very well, or at least as well as I could have.

I’ve long since relinquished any fantasy of my avocations returning any monetary or lauditory dividends (well, almost). So it could be that some of what drives this hypomania of mine is some sort of low-level lost time complex. It stands to reason that I do all these things to make up for doing so little, or doing so little well.

I was listening to the Fresh Air podcast on the way to work this morning because, well, I’m a thirtysomething PBS/NPR type of guy. Terry Gross was interviewing Michael Stipe, Peter Buck and Mike Mills, aka R.E.M.

“How have your motivations changed since you started making music together in 1979?”

I was walking east on 49 Street as Mike answered. The dogwoods were blooming, forming a tunnel of white petals overhead. My guitar was slung over my shoulder, resting on my messenger bag.

“Our motivation for writing music when we started was actually pretty much the same as it is now,” he said. “We weren’t doing it to make money or be famous. We did it because that’s pretty much what we were good at. And it felt good to do it, yunno? It’s an itch you’ve got to scratch. I still feel the same way. One of the great things for me about being in this band is the excitement and the discovery of a new song, coming up with something that’s still exciting from whatever well is within us. That’s pretty much all the motivation ya’ need.”

The rest is just psychobabble. Until making music, films, blogs and finish lines interferes with my relationship with my wife, our families, and jobs, I’m just gonna’ keep scratchin’.

It feels good to do it.