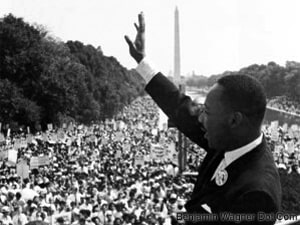 Bono has since conceded his mistake, and expressed his dissatisfaction with the lyrics, which he describes as “simple sketches.” The singer says he was swayed by Edge and producers Brian Eno and Daniel Lanois, who played down the need to develop the lyrics as they thought the impressionistic nature was more important to the songs’ ‘feeling’, particularly when heard by non-English speakers.

I looked at how glorious that song was and thought: ‘What the fuck is that all about?’ It’s just a load of vowel sounds ganging up on a great man. It is emotionally very articulate — if you didn’t speak English.”

At 6:01pm on April 4, 2008, then, I thought I’d offer up a recording of “Amazing Grace” that I recorded for my nephew, Ethan. The hymn was one of my grandmother’s favorites. I don’t think I’ve been able to sing it straight through without tearing up since her funeral. It never fails to return me to some of my darker moments, and relish the light of the present.

Englishman John Newton wrote “Amazing Grace” in 1772. According to Wikipedia, “The lyrics are based on his reflections on an Old Testament text he was preparing to preach on, adding his perspective about his own conversion while on his slave ship, the Greyhound, in 1748.”

The song has also become known as a favorite with supporters of freedom and human rights, both Christian and non-Christian, in part because many assume it to be his testimony about his slave trading past.

Grace divine is an indispensable gift from God for development, improvement, and character expansion.

Forty years later, for Ethan and Edward and all of the other children, here’s hoping we use this gift wisely.