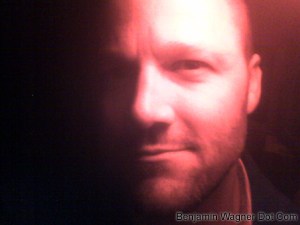 “Do you know what the capital of Djibouti is? Djibouti.”

It seemed funny at the time. I think it might have even warranted a knee slap. Which is often the case when you’re three beers in at Rockwood Music Hall. Back home in Hell’s Kitchen watching Frontline, though, I’m not entirely sure what I found so funny.

Lemme back up and set the scene.

Chris and I met at the 42d Street F station at 6:34. I was four minutes late. I felt like I’d been shot out of a gun, jumping off of two phone calls (“I have to run to a rock show!” I said), racing to the elevator, then diving into the swirling, dizzying chaos of Times Square.

Chris and I were en route to our pal, Dave Pittenger’s 7pm performance. Drummer Ryan Vaughn (who typically accompanies both Chris and me) and Undisputed Heavyweight bassist John Price were backing Mr. Pittinger.

Fast forward. Show’s over. Pitt’s done well, rockin’ his Rhodes and his Fender in equal turns. Josh Dion, Tony Maceli, Brian Killeen, Ryan, Dave, Chris and I are standing around in a circle cracking bad jokes. Enter the Djibouti punchline.

Here’s the thing, though.

I look around Rockwood Music Hall and think, ‘Where was this place when I was twenty-five?’

I take a slug of my Brooklyn Lager and think, ‘Where were these people when I was twenty-five?’

See — and I know I’ve kind of said this before — Rockwood is a rare and wonderful phenomena. It’s like a singer/songwriter clubhouse. The place is teaming with ’em. Guitarists, bassists, and drummers too. And most of ’em are damn good.

Moreover, though, it’s got a mutual appreciation vibe that I haven’t felt since college (if then).

All credit goes to Rockwood founder (the Professor half of the urban-folk duo, Professor & Maryanne) and his entertainment director, Tommy Merrill. They’ve created and cultivated an environment of that is as warm and enthusiastic as they are.

“Warm and enthusiastic” is not phrases I’d have used about anyone or anywhere when I was just starting out here in 1996. The Lower East Side was still just seedy bodegas and gated store fronts. The only venues then were Mercury Lounge and the then-fledgling Arlene Grocery, neither of which exhibited either warmth or enthusiasm.

And so, as always, there’s a sense of loss in being there, a shade of what might have been. Conversely, or additionally, there are the deep reds and blues of what is; I’m just a bit player there. But, as Ryan said, “You guys are like my family.”

Rain’s begun falling on the city as Chris and I share a cab home. We’re talking about songs and records and such. We’ve talked about working together, but he’s working on a rennaisance or reinvention of his own; I don’t want to thwart his progress. Still, he says, “If you wanna’ so some sort of ‘Last, Great Record,’ we’re with you.”

There’s a part of me that wants to be recording right this very second, despite numerous other previoius commitments and half-finished projects. I have this great collection of new songs all written since “Heartland” that sound and feel unlike anything I’ve done before. I’m just gettin’ good at this, just as the music business is collapsing, the DIY music business is expanding, and my other career is pretty much blowing up.

It’s all timing, and mine is roughly ten years too late.

But no hurry, right? I mean, right?

We talk all the way to 55th Street, where I jump out on the east side of the street.

I close the door. The cab speeds off. I cross Tenth Avenue in the rain.