Swinging The World By The Tail 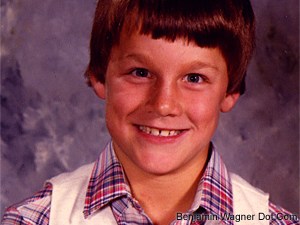 I liked stuffed animals, model airplanes, T-ball, Beverly Cleary books, and Gordon Lightfoot’s “The Wreck of the Edmund Fitzgerald.” I spent the bulk of my time roller skating, drawing, singing “The Sun Will Come Out Tomorrow,” cleaning my room, and watching “3-2-1 Contact.”

T-ball notwithstanding, it occurs to me now that my interests aren’t all that different. If only I could find that off-white vest.

Twenty-eight years later, here in the present, my so-called life goes on. Here are some largely-unrelated (or are they?) bullet points for this cold, gray spring morning:

REM’s new album comes out next week (April 1). I pre-ordered it months ago, and have been previewing it at ilike.com. It’s short, sharp, and fast, clocking it under 35-minutes. It’s certainly a return to form, though I’m gonna’ say that Michael Stipe’s lyrics strike me as a wee bit half-assed.

Speaking of albums, I contiinue to waffle as to whether I’ll be releasing one any time soon. I have the songs selected, and have sent the demos and lyrics to Jason and Mike of The Nadas, Chris Abad (with whom I’m playing a show next week, more on that later), Josh Davis, Tony Maceli and Ryan Vaughn for input and feedback. I’ve been flirting with competing in the Des Moines Triathlon in June, and then releasing a new LP there that night, then playing a few Midwest show bookended by some here in NYC. Given that it’s basically April 1, and I have this other little project going on, I’m not sure it’s the right time.

Oh, plus Abbi and I are going to Bray’s Island, South Carolina, in a few weeks. Then I’m going to Los Angeles at the end of the month, and squeezing in a weekend with my best pal (and sole groomsman), Sibby, in Albuquerque so…

That’s the news from Hell’s Kitchen this morning. I’d stay longer and say more, but I can hear that Abbi’s out of the shower, so it’s my turn. Gotta get this Wednesday started…