Paying My Rent Every Day In The Tower Of Song 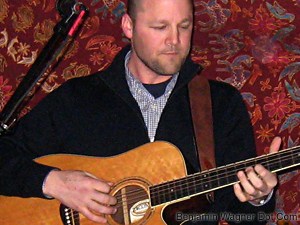 I’m not sure this’ll make a ton of sense, but the weekend kinda’ f*cked my shit up a little bit.

As always, when we weren’t actually singing, Jason and I spent our time talking about songs, songwriting, and the music business.

We’re an odd pair in such conversations. Though he dabbles in politics and has made wise forays into integrated marketing (see also: Templeton Rye), Jason is and always has been a full-time musician. If I’m being honest with myself (which I’m loathe to be on this subject), I am a media executive who (sigh) dabbles in music.

Of course, we’re far more alike than not. We appreciate the same music: Ryan Adams, Wilco, The Jayhawks. And we share the same values: authenticity, integrity, simplicity, friends and family.

Still, I have a hunch we covet components of each other’s lives at least a little bit. I’d like to be a hometown hero who plays 200+ shows a year. Jason, I imagine, would like to live in New York.

I’ll admit, while I flew out to support the release of The Nadas sixth LP, “The Ghosts Inside These Halls,” my visit wasn’t entirely without agenda. I came bearing a CD full of demos and ten pages of lyrics, copies of which I gave to Jason, Mike,Jon and Josh. Not only was I enlisting these great singer/songwriters to help polish up a set of songs, I was lobbying my label chiefs to release my new record.

Driving around the airport (looking for the actual“Blue Lights,” as it ends up) playing my demos, Jason said, “I don’t know why you keep talking about quitting with songs like this. I hear a lot of growth here.”

“It’s not that I want to quit,” I said. “It’s that it’s getting harder to do both: be a corporate wanker and an aspiring rock star.”

We bid farewell to the spectacularly talented (and hilarious) Raining Jane sometime around 3AM Monday morning. By the time we’d stumbled shivering back to his house, there was barely enough time to brew a pot of coffee and head to the airport for my 5AM flight.

“Your co-workers will never understand,” he said.

I was out cold from the moment I hit seat #5C on Northwest Flight #314, until the flight attendant asked me to remove my headphones (which were blaring Allison Krause and Robert Plant’s version of John Prine’s “Killing The Blues” on a loop all the way from Des Moines to New York) and return my seat to its upright position.

My first daylight memory was of the Lower East Side of Manhattan from 5000 feet: the Statue of Liberty, the Brooklyn Bridge. Wall Street’s glass, concrete and stone was pink in the bright, morning light. I looked westward as we dipped beneath the skyline. Raining Jane’s “Wyoming Sky” rang in my ears.

I was melancholy all day, struggling through my corporate day job like a young robin finding its legs. At home, the bittersweet became overwhelming. I choked back tears as Leonard Cohen accepted his Rock & Roll Hall Of Fame induction statuette by reciting the lyrics to his seminal “The Tower Song.” I recorded it a few years ago, and tonight, it struck a chord that rang deeper and truer than ever before.

I was born like this, I had no choice
I was born with the gift of a golden voice
And twenty-seven angels from the great beyond
They tied me to this table right here
In the tower of song

Now you can say that Ive grown bitter but of this you may be sure
The rich have got their channels in the bedrooms of the poor
And there’s a mighty judgement coming, but I may be wrong
You see, I hear these funny voices
In the tower of song

I see you standing on the other side
I don’t know how the river got so wide
I loved you baby, way back when
And all the bridges are burning that we might have crossed
But I feel so close to everything that we lost
We’ll never have to lose it again

Now I bid you farewell, I don’t know when I’ll be back
There moving us tomorrow to that tower down the track
But you’ll be hearing from me baby, long after I’m gone
I’ll be speaking to you sweetly
From a window in the tower of song

I was finally forced to submit. My 36-hour day was not going to resolve itself; I had to surrender. And so I did, tucking myself in to the same perfectly sad melody I’d been singing all day.