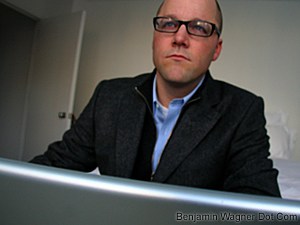 I posted to this site every single day in February.

Midway through the month, I realized that I had a streak going, and resolved to see it through. There were plenty of opportunities to regret the goal, usually when — as Abbi went to bed — I remembered that I hadn’t posted yet. Instead of climbing beneath the sheets, then, I thought of something to write about, and did so.

In an of itself, though, this twenty-nine day self-publishing streak isn’t a major accomplishment. Bloggers do it all the time. Taken en masse, though, it led me to an minor epiphany.

In committing myself to write every day, I wrote some 16,903 words. In ten point helvetica, 16,903 words is 47 single-spaced pages. At that rate, I could write Leo Tolstoy’s Modern Library Edition of “War & Peace” in two and a half years. Or I could write something more within my range of ambition — say, Tobias Wolff’s “This Boy’s Life” or Stephanie Klein’s “Straight Up & Dirty” (my ability to match their respective literary accomplishment’s notwithstanding) — in six months. And that precludes the fact that I already have a 30-page manuscript for a memoire, “33 1/3,” on the very computer that drives Benjamin Wagner Dot Com, not to mention the likelihood that binge-writing weekends — like the one that produced the “Mo’ Hart” screenplay — could account for sudden bursts of productivity.

Alas, I’m not piling another project on top of my already hypomanic workload. No, I think a day job, a documentary, an album and a life is plenty.

But it does beg the question: just what am I doing with my time, and to what end?

My assumption has long been that, as a singer/songwriter who lacks the time, inclination and recources to to tour in ernest, blogging is the next best thing; it drives album sales. Moreover, the forum provides me a meaningful, creative outlet for my thoughts, aspirations, hopes, and rants. Finally, there is a sense of community here (one made even more apparent by the recent addition of comments).

With an average of 293 (well appreciated) readers a day, and $114.64 in online sales a month, these assumption may not be bearing out.

If growing up is a process of elimination, then — that is, if maturation is a process of gauging the existential return on investment of one’s various pursuits — then clearly the time I spend on these nickel and dime blog entries might be better served on larger, more cohesive, more concerted projects.

Alas, I am not signing off this very moment. At work, my constant refrain is that blogging is an “in addition to” medium, not “instead of.” But the simple arithmatic of last month’s efforts has prompted some assessment. I’m not sure where the chips will fall, but I know it’s all building up to something, something that can only be beginning with fire.