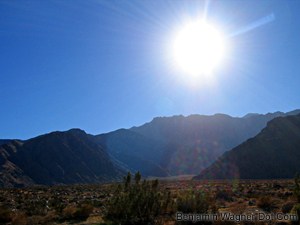 In the fall of my sophomore year, I hung three fliers that read:

The advert was posted on three key bulletin boards on campus: The Schine Student Center, Crouse College of Music, and School of Visual & Performing Arts.The boards were selected for their environs, the constituency they represented: populist, learned, and hip. They were, I thought, key ingredients to any great rock band. Or, at least I reasoned, my great rock band.

Forty-eight hours later, the two sole respondents, guitarist Jamie Dunphy (learned) and bassist Paul Perreault (hip), met me in the living room of my friend Chris DiLiberto. We ran through REM’s “Driver 8” almost effortlessly, grinning at one another throughout. Though still lacking a drummer (Tod “Fish” Salmonson would come to represent another dose of “populist”), Smokey Juneglefrog was born.

Though we did end up covering REM (“The One I Love”), U2 (“Party Girl”), The Police (“So Lonely”) before writing our own songs, Jamie and Paul exposed me to ’90s alternatives like The dBs, Buffalo Tom, and — of course — The Pixies.

Twenty years later, through the band’s breakup and reunion, The Pixies’ influence is apparent from Nirvana to Radiohead. The whisper/howl aesthetic is practically a template for modern rock. At the time, though, Black Francis’ seemingly nonsensical lyrics and impossible to replicate delivery was mind blowing. Factor in the adorable and completely integral Kim Deal (to say nothing of Joey Santiago’s squealing surf rock), The band was an acquired but compelling taste. Fair to say that of all the bands in the rock canon, The Pixies were most revered, and covered.

So it stood to reason that, when, in the dead winter of 2001, some seven years after our acrimonious dissolution, Jamie, Paul, Fish and I stepped into an empty basement to run through a few songs for old time’s sake, we hauled out The Pixies.

Though we’d’ patched up any remaining ill-will and were, has I recall, rehearsing for Paul’s brother’s wedding (and, eventually, a reunion performance at Boston’s Kendell Cafe — don’t look for it; it’s a no longer there), we played with some caution. Odd as it sounds, most of the old issues (Fish’s time, Jamie’s temperament, my voice) bubbled right back to the surface. We were tip-toeing through the old songs.

Which is how, in the drafty basement of Tod’s Westford home, some ten years after we’d first rehearsed it, this melancholy version of The Pixies “Here Comes Your Man” was born.

Later that year, I drove from my brother’s bachelor party in Las Vegas, Nevada, to Steve Feldman’s Penguin Studios in Palm Springs, California, to mix my fourth solo LP, “Crash Site.” One of the tracks in my suitcase was my band’s melancholy cover of The Pixies’ “Here Comes Your Man.”

Though I rushed through the vocal (recorded, in opposition to everything I ever believed about making a great rock ‘n roll record, in broad daylight), we wrapped the the track quickly. In the end, it sounded just as dusty, arid, and maudlin as I ever could have hoped. It was a lonesome declaration.

Mixing was done in just three days. Late on the evening of the third, I packed the finished CD, and drove to my pal James’ Santa Monica bungalow (where I eagerly played the finished mixes for a small audience that included Stephanie of “Almost Home” fame — but that’s another story).

Along the way, I shot a few hours of video tape that later whipped into this music video. I found it this weekend while digging through my files.

I’ve driven those roads many times since. I recorded “The Desert Star EP” in Palm Springs two years ago. Chris Abad and I dropped the song — a shared favorite — into a set list last year.

Given the editorial arch of my body of my early work (parent’s divorce, fear of flying as metaphor for relationship, cross-country relationship mandating flying, etc etc) and the album(s) that would follow, it seems, in retrospect, like some kind of pivot point between the past, the present, and the invention of everything else.