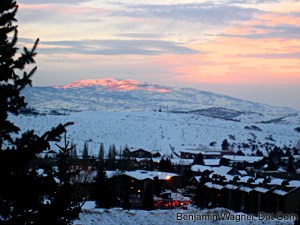 Park City sprawls out below The Lodge At Mountain Village at the base of Park City Mountain Resort. Looking east from Room 270, the sun is crowns the Wasatch in cool pink. Below, steady streams of red brake lights flow towards the highway.

Following a largely uneventful (though painfully early) flight, and an equally chill commute from Salt Lake to Park City, I have arrived.

See, it’s all about the planning here. If you’re gonna see movies, you gotta plan em out. It takes time to get around here (it’s a small town, but it’s loaded with people). And I’m here for less than 72 hours. Here’s how they’re shaping up:

Toss a good run or two in there, and factor in the need to turn these interviews and screenings into content for MTV News and, well, my Sundance is as good as over already.