Window In The Skies 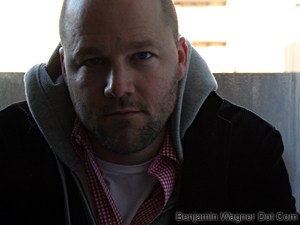 There may be no more awful sound than Delta Airlines’ on-hold music as heard through the tiny, tinny, mono speakers of my Blackberry at 5:36 in the morning with a soul-crushing, Harp-fueled headache.

Abbi woke me up.

For a second, I wondered why we were awake, why she was asking, and why she even cared. Everything was warm and dark and wonderful. And then I looked at the clock, and remembered that I had a flight to catch at JFK in… 64 minutes.

I tumbled out of bed, scrambled for my travel packet, and dialed Delta.

“Hi!” a robotic female voice intones. “Welcome to Delta. From here you can say, ‘Check arrivals or departures,’ ‘Access my Sky Miles account’ using our automated system, or, to speak with someone say, ‘Representative.'”

Three minutes later, having navigated an automated labyrint, I was put on hold.

Enter the awful music. (Actually, I think it was The Shins’ “New Slang,” which isn’t an awful song, it just sounds awful through the tiny, tinny, mono speakers of my Blackberry at 5:36 in the morning with a soul-crushing, Harp-fueled headache.)

Eleven excruciatingly painful minutes later, Maria (who sounded far more Indian than Italian) had re-booked me on a new flight. I will arrive in Salt Lake City and be whisked to the Sundance Film Festival exactly 24 hours later than planned. With any luck, I’ll be interviewing Bono by nightfall.

And with any luck, I’ll have shaken this headache.