Believe In The Great Sound 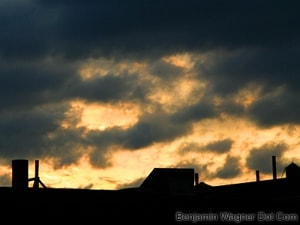 I haven’t been listening to much music lately. As someone who is defined by my love of both making my own and listening to other’s, this is somewhat disconcerting.

Years ago I lost my voice for no reason whatsoever. I wasn’t neither sick, not had I been talking too much. It just disappeared.

Now, I was puzzled by this phenomena, but chose to view it as an opportunity. Apparently, I thought, I’m supposed to be listening more. So I did.

I’m approaching the loss of my musical appetite similarly, though it is a dual loss.

My own music — or the creation thereof, anyway — inspires understanding. Songwriting is like lucid dreaming. At its most beautiful, it’s like opening a tap on all of the things just below the surface of every day, pouring them out on the floor, ordering them by color and shape and texture, and making sense from the mess.

The absence of those two things, then, is major. Moreover, the silence is deafening.

Of course, this lack of inspiration and understanding comes at a precipitous time. I am surrounded by uncertainty: a new marriage, a new job, a half-finished film and dubious singer/songwriter career.

Sunday afternoon, then, found me at my desk. The blinds were thrown wide, revealing a broad swath of troubled sky. I was doing some “Mister Rogers & Me” research while listening to assorted podcasts: All Things Considered, This American Life, Bob Edwards’ Weekend, and Bill Moyers’ Journal.

One of Moyers’ guests was American poet Robert Bly. A Fullbright scholar and Iowa Writer’s Workshop graduate, Bly was an outspoken detractor of the Vietnam war, and staunch advocate for what came to be known as “The Men’s Movement” in the 1980s. He’s long been a hero of mine. To me he represents a full spectrum of values: he is strong but not silent, articulate but not unapproachable, philosophical but not abstract.

Moyers began by reading one of Bly’s poems.

I live my life in growing orbits which move out over the things of the world. I have wandered into space for hours, passing through dark fires. And I have gone to the deserts of the hottest places, to the landscape of zeroes. And I can’t tell if this joy is from the body or the soul or a third place.

“When you say, ‘What is the divine?'” Bly said, “It’s much simpler to say, ‘There is the body, there is the soul, and there is a third space.’ It’s a place where the geniuses and the lovely people and the brilliant women — they all go there and they watch over us a little bit. But we dont’go there very often. I suppose it’s because we think too much about houses, and our places.”

Bly then began reading a poem by the 13th Century Indian mystic, Kabir.

If you don’t break your ropes while you’re alive,
Do you think ghosts will do it after?

The idea that the soul will join with the ecstatic
Just because the body is rotten
That is all fantasy.

What is found now is found then.

If you find nothing now,
You will simply end up with an apartment in the City of Death.
If you make love with the divine now,
In the next life, you will have the face of satisfied desire.

So plunge into the truth, find out who the teacher is
Believe in the great sound.

Kabir says this, When the Guest is being searched for,
It is the intensity of the longing for the Guest
That does all the work

The final passage, in particular, has offered great solace in these few intervening days.

In this time of great, gray, silent uncertainty, the intensity with which I seek answers will have to be answer enough.