Trying To Tell Me All Along 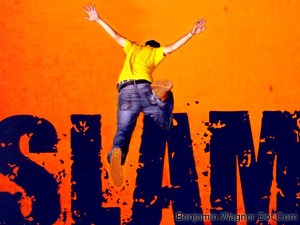 There are a few authors whose books, based on their bibliography alone, I buy as soon as they hit shelves.

Tobias Wolff is one. He was my creative writing professor at Syracuse. His PEN/Faulkner Award-winning memoir, “This Boy’s Life,” came out my freshman year there, and premiered on the big screen (starring Robert De Niro and Leonardo DiCaprio) my senior year. It’s a template for what I hope to finish someday. He peers through the fog of memory with clarity and efficiency while retaining some patina of what was lost in the passage of time.

Douglas Coupland is another. “Generation X”, which was also released while I was in college, not only defined my generation, it fused pop culture, advertising, and coming-of-age in a way I’d never experiences. Likewise everything he’s done since: “Microserfs,” “Shampoo Planet,” “JPod.” It’s his lesser known, though, that I’ve liked best: “Girlfriend In A Coma,” “Eleanor Rigby,” “Miss Wyoming.” They’re breezy reads, chocked full of magical thinking: plane crashes, meteorites, aliens in suburbia, and pot growing septuagenarians. I’m always left considering what’s below the surface of things, there in the shadowy underbelly where the mystery slithers.

Back in 1996, just a few months after moving to New York City, a Men’s Journal’s literary editor handed me a galley proof of Hornby’s “High Fidelity.” That book — which features the classic opening line, “My desert-island, all-time, top five most memorable split-ups in chronological order” — struck me then as a Gen-X, post-adolescent “Catcher In The Rye” with a great soundtrack. As some sort of Gen-X, post-adolescent Holden Caulfield with a halfway decent early-Nineties soundtrack, it was the right book at the right time. Hornby wrote it like he knew it; like he was living it. It was comic, but poignant. It felt real; like I knew the guy (or was the guy).

(Years later, I was first in line at Stephen Frears’ film adaptation. As a fan of John Cusack — especially his seminal Cameron Crowe collaboration, “Say Anything” — I was eager to make allowances for their decision to relocate to Chicago. The film ends up uneven. Cusack’s on-screen girlfriends, Iben Hjejle and Lisa Bonet, are woefully miscast. Jack Black and Todd Louiso, in contrast, are genius. But that’s another post altogether.)

“Just when everything is coming together for Sam, his girlfriend Alicia drops a bombshell. Make that ex-girlfriend–because by the time she tells him she’s pregnant, they’ve already called it quits. Sam does not want to be a teenage dad. His mom had him at sixteen and has made it very clear how having a baby so young interrupted her life. There’s only one person Sam can turn to–his hero, skating legend Tony Hawk.”

Hornby nails Sam’s voice, especially in his terse, smart alec responses and inability to say the right thing — especially when he means to. His words and actions both seems just beyond his control, as most fifteen-year-olds (and, perhaps, beyond).

The author utilizes a dash of Coupland’s magic realism to boot, flashing our protagonist back and forth through time, and writing for him dialogues with his Tony Hawk poster.

The story, though, lacks the necessary weight, I think, given its subject matter. With a semi-neat, “Broadcast News” ending (yunno, the one where the couple breaks up, then meets up years later with their respective spouses and everyone gets along just fine) wrapped up in just over 300 pages, it all feels a little too tidy.

“Slam” resonated with me though, even with its “Movie Of The Week” arc. There’s a fifteen-year-old in me still, trying to figure out what I just said, what I just did, and make the next moment better despite those mistakes.