(The Angels Want To Wear My) Red Shoes 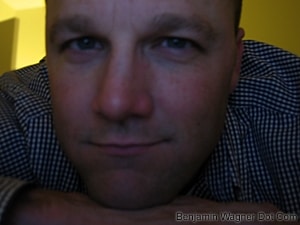 A colleague with whom I’ve been corresponding a fair amount of late has an oddly thought provoking email signature.

Email signatures are odd little birds in their own right. In the age of digital aesthetic homogeny (I mean, let’s be honest: all we really have to distinguish ourselves within email is fontography), the signature is one of few opportunities for self expression.

My email signature is simply my name, title, address and phone numbers (yes, I give my mobile number out to co-workers), though it is in eight point, black Ariel (whereas my email copy is typically ten point navy blue). It’s automatically added to every email I send, though I delete it for frequent recipients.

Others, though, use fontography, personal URLs and quotations to offer a little glimpse into their personalities. Like my aformentioned colleague. His signature is his name, title, plus a quotation and attribution:

“Well I used to be disgusted, but now I try to be amused.” – Elvis Costello

At first, I though little of the quote (a line from “(The Angels Want To Wear My) Red Shoes” on Costello’s 1977 classic, “My Aim Is True”). After a few emails, though, it dawned on me: this guy’s commenting on his job.

I don’t know if I’ve mentioned this here, but I’ve printed out The Serenity Prayer (“Grant me the serenity to accept the things I cannot change, the courage to change the things I can, and wisdom to know the difference”) — sans the God part (I don’t work for Joel Ostein, after all) — and tacked it to the bulletin board next to my desk.

See, it’s been a frustrating few years at The Eight-Hundred Pound Gorilla, one punctuated by glacial change, mass indecision, and chronic under-funding (to name but a few maladies). Moreover,there are components of my job that don’t age well. Like covering Britney Spears 24/7 (I actually have great empathy for her, but that’s another post). Presumably, my colleague feels similarly.

was thinking about the quote as I rode the elevator to the Paramount screening room on the third floor of the mighty 1515 Broadway. “Maybe I should learn to laugh it all off,” I thought. “Not really my style, but maybe that’s how adults deal.”

After an hour-long welcome party for MTV’s Choose Or Lose Street Team ’08 members, though, I was neither disgusted, nor amused. Nay, I was kinda’ thrilled.

After eleven years at the job, it’s easy to forget how exciting The MTV can be. After twelve years here, it’s easy to forget how exciting New York City can be. These kids — 51 youth journalists in all — were new to both things. Their eyes were wide, and their hearts were open. One young woman, a native American from New Mexico, was so overwhelmed to have been chosen to represent her state for this MTV/Knight-Ridder/AP project, that she was on the edge of tears as she introduced herself. It was awesome.

The whole thing took me back to how I felt when Jerry Brown and his grass-roots campaigne rolled through Syracuse University on a soggy spring afternoon 1992. I was late to the rally. Hendricks Chapel was packed to the gills. My girlfriend snuck me past Secret Service. And there he was plain as day: our candidate, the one who had an 800 number, refused contributions over $100, and talked about a flat tax. The one with the brown-bag signage.

Two months later, Bill and Hillary came through campus. It was a bright, sunny day as he and his wife stood amongst the brass band and red, white and blue bunting. And few months later, my girlfriend and I stood in his campaign headquarters as the returns rolled in and effectively (if temporarily) ended the Reagan/Bush years.

Thanks to those kids tonight, I still believe in a place called hope (though it might be too late for my buddy with the email signature).