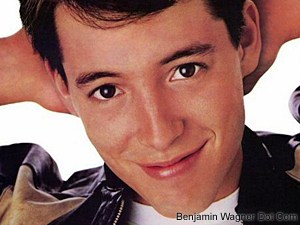 My promotion was announced today.

“MTV News Digital, which began as a single website, has blossomed into nearly a dozen destinations and products, including News’ user-generated You R Here vertical, Movies site, the video game and talent blogs, mobile news and podcasts. As recently-promoted Vice President, MTV News, Benjamin Wagner is charged with leading and growing all of these properties. Ben’s passion, energy and enthusiasm for all things digital — he was present at the creation of MTV News Online in 1996, and has been releasing his CDs online and blogging since 2000 — has led MTV News into the broadband, 2.0 era. Ben played a critical role in the development of Overdrive and MTV.com Movies, and is a significant contributor to the ongoing push towards a faster, flatter, more engaging and inclusive MTV.com.”

I’ve known about it for some time (as, presumably, have you). In fact, I’ve had a bottle of Vive Clicquot Champagne on my desk since September, as well as a standing date with Abbi to celebrate over dinner upon the official announcement.

So, after a day punctuated by wall-to-wall Britney coverage, Abbi and I met at Nubu 57.

Typically, fancy brand-name restaurants like Nabu, Cipriani or Danielle aren’t my bag. I’m no foodie. Before moving to New York, it never occurred to me that dinner was for anything other than having sufficient energy to go for a run the next morning. It still sort of galls me to drop a couple bills on a meal. I can’t help but remember my first few months of meals here: hot dogs, white bread, and powdered orange drink.

It seemed somehow perfect, then, that the first person I saw as I walked in was none other that Ferris Bueller himself, Matthew Broderick.

That my second post of the year — the one prior to the one in which I lead with my new promotion — finds me pining for time off is not lost on me. That I made eye contact with the king of the day off tonight, well, that may just be some sort of sign.

He was sporting sideburns and a slight paunch, and his wiry coiffe was flecked with gray, but — even lacking a leopard-print sweater vest — Mr. Broderick was unmistakable. Despite his best effort, he’ll always be Ferris to me.

“Ferris Bueller’s Day Off” hit theaters the summer before I began high school. Chris and I took in screening at Castleton Cinema in Indianapolis with our pal Marc Williams. It sort of rocked our world, offering us some sort of blueprint for harmless rebellion. Here was an antihero whose most aggregious offence was talking his way into a French restaurant, or commandeering a Polish Constitution Day parade float.

Moreover, though, Ferris offered an ethos borrowed in equal measure from Thich Nhat Hanh (“Your true home is in the here and the now”) and Joshua (“God says to meditate”).

“Life moves pretty fast,” Ferris reminds us. “If you don’t stop and look around once in a while, you could miss it.”