Shine (Or, Out Of Your Head Volume CXXII) 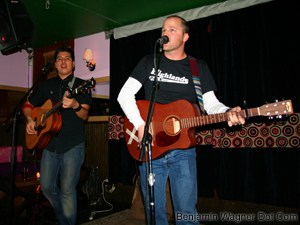 Addictive substances cause the synapses of the mesolimbic dopamine system to flood with excessive amounts of dopamine, creating a brief rush of euphoria more commonly called a “high.”

Depressants, such as alcohol, increase concentrations of gamma-aminobutyric acid in the brain resulting in slowed brain activity and a drowsy or calm feeling.

THC (delta-9-tetrahydrocannabinol) — the psychoactive agent found in marijuana — binds to a specialized cannabinoid receptor (the Cannabinoid, or CB1) in the brain, and sets off a series of chemical reactions that result in perceived relaxation, euphoria, altered space-time perception, alteration of visual, auditory, and olfactory senses, and disorientation. These substances (sometimes called “downers”) typically facilitate relaxation and pain-relief.

Endorphins, biochemical compounds produced by the pituitary gland and hypothalamus, resemble opiates (like opium, codeine, or morphine) in their ability to produce a sense of well-being. Endorphins, which are released during exercise, meditation, sex, and laughter, contribute to the modulation of pain, cardiac, gastric and vascular functions, and one’s sense of panic and satiation.

I was under the influence of many of the above in November, 1995, when I recorded my sophomore CD, “Out Of Your Head.” The record, not surprisingly, is an uneven, inconsistent jumble of sounds best summarized by the lyric, “Time spent gazing at a circular flight is squandered away.” By the album’s release in 1996, I was heavily medicated on everything from Grey Goose to Camel Lights to Blue Unicorns to Meigs County Gold to Klonopin. Feeling no pain? Hardly.

For one struggling with anxiety, self esteem, social phobia, or depression, though, a calm, euphoric, pain-free state — however induced — seemed to be a good thing. Or was it? And why was that?

My first public performance was at the Oliver Wendell Holmes Elementary Talent Show in March, 1981. I covered Joey Scarbury’s “Theme from the ‘Greatest American Hero’ (Believe it or Not).” My band consisted of my music teacher on acoustic guitar, my vice principal on piano, and three backup singers, all named Jenny.

My first experience with the endorphin-fueled euphoria of a rock ‘n roll performance was in November, 1988, at Conestoga High School’s Junior Variety Show. My band, Neoteric Youth, performed REM “Finest Worksong.” Later, a friend commented on my stomping and writhing thusly: “I thought you’d lost your mind.” In fact, I had. My total immersion in the music, my engagement with the moment, miraculously eliminated all of the hopes, fears, and doubts I had carried on stage. It was a revelation.

In college, my band, Smokey Junglefrog played a few times a week. And while there were plenty of pollutants coursing through my veins, it was the adulation of adoration, the inherent affirmation of applause that became my real junk.

I got high for the last time on December 15, 1998. And with the exception of the occassional pint, it’s been years since any of that other stuff has coursed through my veins. How, then, do I get out of my head now? Why? And to what end?

Liberated Matter co-founder and Cross Pollination host Jay Goettelmann (aka Jay Mankind) and I were talking just before my set last night.

“Great man!” he replied. And I believed him. “I’m playing music all the time. I’m learning a bunch of instruments: clarinet, mandolin, piano. I starting a bluegrass band. And ski season’s coming.”

“You been skiing long,” I askd.

“Not to sound totally wishy washy, but skiing and mountain biking always struck me as being kinda’ Zen, yunno’?”

I debated for a second whether to go on; there’s nothing worse than a nickel ante philosopher. But he was shaking his head emphatically, so…

“It’s easy to get carried away looking out for and avoiding obstacles,” I said. “But in skiing, and mountain biking, you really have to let go of all of that. You need to let your body and your instincts take over. If you get too into your head, you’re fucked.”

Moments later, Jay introduced me, and I began strumming “Harder To Believe.” My A string sounded a little flat. My voice felt brittle. My monitor wasn’t loud enough. A young couple was talking loudly in the back of the room. I bungled a lyric. A butterfly flapped its wings in Tokyo…

I’ve said it before: performing, like life, is a constant struggle to silence the voice of doubt. It’s a battle between ego and id, between the frontal lobe and the gray matter. Most of the time, the ego wins. “It’s all about you,” He says. “And you suck.” There may be evidence to the contrary (like the audience, or the applause), but all I can focus on is whatever wasn’t perfect.

Last night was no exception. Somehow, the sound of guitar strumming grown tired to me. Likewise, every song I’ve ever written in G (which is most of ’em). So I was trying new things, playing more sparsely, finding new melodies, singing with more melancholy, more malaise. It kinda’ worked. I kinda’ enjoyed it. But it didn’t matter. I mostly just wanted to get done, to get to the part of the show where Chris and I play other people’s songs. Covers are less precious. I worry less. Like, not at all.

Fast forward an hour. We’re hammering home the final D chord of Oasis’ “Go Let It Out.” My legs are scissored, one on stage, one on the monitor. My acoustic is hoisted above my head. My tongue is wagging. We execute The Big Finish…

I was pulling on my boots this morning when it dawned on me: it’s all connected. Some might think my shenanigans — my “rock poses,” as Jay’s partner and (Undisputed Heavyweight) Wes Verhoeve calls them — are planned, or practiced, or premeditated. But here’s the thing: the moment at which I may appear the most self-conscious or egocentric is actually the moment when nobody’s home; the ego has left the building. I am all instinct, all id. I am not worrying, fretting, thinking, wondering, debating, or quarreling. I’m not avoiding obstacles. I just am.

The result, of course, is unbridled laughter. I am weightless. I am out of my head.

After the show, Jay handed me a small, hand-painted, die cast Buddha.

“We give these to everyone who Cross Polls,” he said. “This is your second one, so yours is a Second Level Buddha.”

Hardly. But I’m down for the flight, however circular it may be.